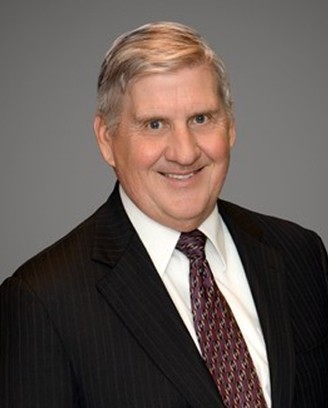 Bruce Keplinger has worked as an advocate and a neutral in civil litigation and in administrative matters for 45 years. Bruce has mediated civil disputes and has also served as an arbitrator, chairing several multi-day hearings. As a trial lawyer, Bruce has tried over 150 jury trials to verdict. In 2007 Bruce had the unique experience of trying one of the Top Ten Plaintiff’s Verdicts and two of the Top Ten Defense Verdicts in Missouri in the same year.

Bruce is admitted to the Bars of all federal and state courts in Kansas and Missouri, to the Eighth and Tenth Circuit Courts of Appeal, and to the U. S. Supreme Court. He is a Fellow of the American College of Trial Lawyers, elected in 2009. He is rated A-V Preeminent by Martindale-Hubbell and has been listed in every edition of Best Lawyers in America since 1992. He also has served as President of the Kansas Association of Defense Counsel and on the Executive Committee of the Association of Defense Trial Attorneys.

Bruce is now looking forward to serving as a full-time mediator and arbitrator. As both a neutral and a litigator for many years, Bruce will use the ADR expertise he has developed from the mediations he has personally conducted. In addition, Bruce has been an advocate for hundreds of mediations. He looks forward to now serving exclusively as a neutral, using both his mediation and advocacy experiences, along with innovation and efficiency, to resolve disputes as fairly and amicably as possible.