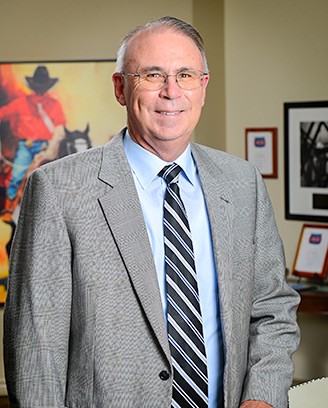 Joe Dandurand served 21 years as Circuit Judge in Cass and Johnson Counties, 15 years as Presiding Judge. He was then elevated by gubernatorial appointment to a judgeship on the Missouri Court of Appeals-Western District. Joe retired from the bench to accept an appointment as Missouri’s Chief Deputy Attorney General from Attorney General Chris Koster, serving in that position for 8 years. Throughout his legal career with the Courts and the State of Missouri he engaged in several practice areas including civil litigation defense work, domestic disputes, employment law, personal injury litigation, consumer protection law, medical malpractice, and criminal trials.

Joe has twice sat by invitation of the Chief Justice as a replacement judge on the Missouri Supreme Court.

His wide-ranging judicial experience as well as his diverse work in the Attorney General’s office and his years as a general practitioner, have brought a wealth of knowledge to his mediation practice. Joe is a member of the American Arbitration Association’s Consumer Panel and received training from the University of Missouri School of Law Center for Dispute Resolution.