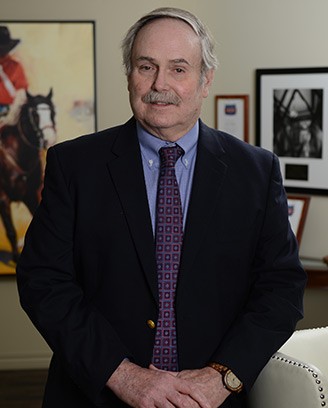 Judge Charles Atwell brings 40 years of rich litigation experience to his mediation and arbitration practice, including 16 years as a Circuit Judge in Jackson County, Missouri.

Charles Atwell has spent over 40 years being involved in litigation matters. This includes approximately 20 years as a trial lawyer and over 16 years as a Judge.

Since 2012, he has served as a private Mediator, Arbitrator and court-appointed Special Master. He has mediated a variety of different cases, from complex commercial and health care matters to personal injury cases and the like.

In 2007, he was named by Missouri Lawyers Weekly as the Best Circuit Judge in the State of Missouri. During his tenure on the bench, he served on the Missouri Court of Appeals and the Missouri Supreme Court as a Special Judge. He has maintained an AV rating with Martindale Hubbell for over 30 years. He was regularly named in Best Lawyers of America.