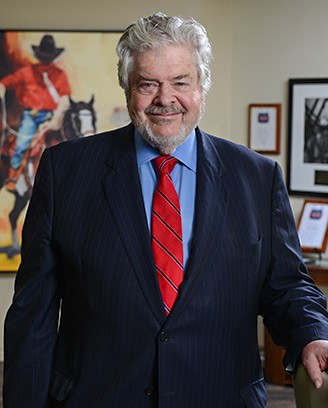 John Phillips joined forces with former judges Jay Daugherty and Bob Schieber at the end of 2018, after leaving his active trial practice of over 40 years with the Husch Blackwell law firm.

His practice grew from general litigation to include commercial, class actions, employment and health care including both hospitals and medical malpractice defense work. In the latter part of his litigation career, he became well known as one of the most prominent employment litigators in the Midwest.

John has conducted thousands of mediations. He received early training as a Mediator and became nationally recognized for his mediation skills and broad subject matter knowledge while maintaining an active trial docket. He became a Fellow in the American College of Trial Lawyers in 2003.

He became an active member of the national ABA Section of Dispute Resolution, serving on the Council and as Chair, in 2012-13, leading the ABA Mediation Conference in Vietnam and Thailand in 2014. He also has been a Distinguished Fellow and Board member of both the International Academy of Mediators and the College of Commercial Arbitrators.